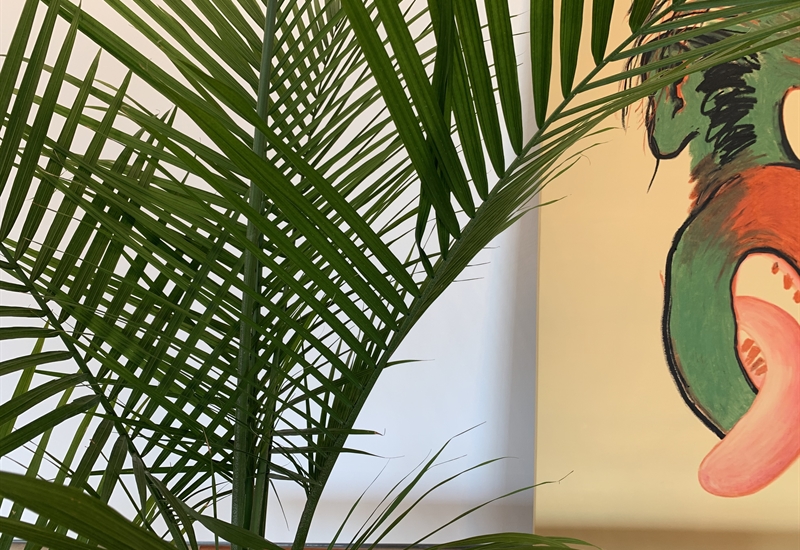 How it looks to be you in Egyptian Cotton

For their second exhibition, 214 Projects will present “How it looks to be you in Egyptian Cotton,” curated by Adrianna Cole. Opening on July 20th, this group exhibition will explore concepts of the personae and identity through distorted renderings of the human figure. Painting, sculpture and mixed media works by various artists, including Miriam Cahn, Oshay Green and Calvin Marcus are presented in the galleries among domestic objects that activate the space as an installation. Rounding out the exhibition is a video installation by Shelby David Meier.

About Adrianna Cole
Adrianna returned to Dallas from Chicago in 2017 and works at Runyon Arts. Her latest curatorial project is called Domicishow, a series of exhibitions that take place in domestic spaces and examine various modes of experiencing artwork on a corporal, intellectual, emotional and intuitive level. Cole’s research includes:
architecture, proxemics, and identity.

About Oshay Green
Oshay Green lives and works in Dallas, TX. Using found objects, cement, audio and a wide variety of materials, Green explores intuitive ideas to cultivate the subconscious and understand the realities / phenomena occurring between the physical and metaphysical.

About Shelby David Meier
Shelby David Meier’s practice is a deadpan array of objects, installations, video and performance centered around a philosophy of the mundane and inherent absurdities of life. He currently lives in Dallas, Texas.

About Greg Meza
Greg Meza is an artist currently living and working in Dallas, Texas. His loose approaches to painting and sculpture, often teetering between abjection and the absurd, is largely informed by the films and iconography of 1970s-90s American pop culture.